Draft 1 of The Book with No Name is complete. In fact, I completed it a few weeks ago. Then I printed it out – all 248 A4 pages after which it sat on the corner of my desk, a reassuringly sizeable pile, for a few days. I looked at it fondly. I patted it on the head like a faithful dog. I might even have stroked it. Then I packed it up in a box and got on with my much neglected Christmas preparations.

Now Christmas is over and I must open the box.

I must open the box.

The trouble is, I know what comes next. I should do. This the fifth time that I’ve been through it. The next stage is the structural edit. This is where I’m supposed to go through my manuscript looking for the things that scream epic fail at me. I should ditch characters and scenes that take the reader nowhere, cut those sections that I wrote because I had to write something, find plot strands that started vigorously enough but then ran out of steam before they reached their destination. All this falls to the second rewrite.

And the reason why I’m putting off starting this important task?

Well, it’s simple really.  I can’t do it. I don’t know how. At the risk of sounding smug, my first drafts are pretty coherent. The story, at least, is generally sound with no loose ends or unlikely coincidences to move things along. I can never see the structural issues. Let’s face it. If I knew what was wrong with it, I wouldn’t have written it like that in the first place. I just can’t see beyond where I am.

So, instead, my second draft turns in to an exercise of titivation. I correct my appalling spelling, swap sentences round, add the odd metaphor. And at the end of this exercise I end up with exactly the same thing, only tidier.

This stage is then, I have discovered, where my writer’s block hits. I clearly lack the vision to turn a reasonable story into a good book and despite spending two years on creative writing courses, I know no more about how to do it than I did in 2010 when I reached this point with the first one. But if I’m ever going to get any further, I have to master this next, impossible stage.

So, this morning I have coffee, I have new pens, I have peace and quiet ( at least in the short term.) I am going to open the box and begin to do more than just correct my spelling. Or at least, I’m going to try. 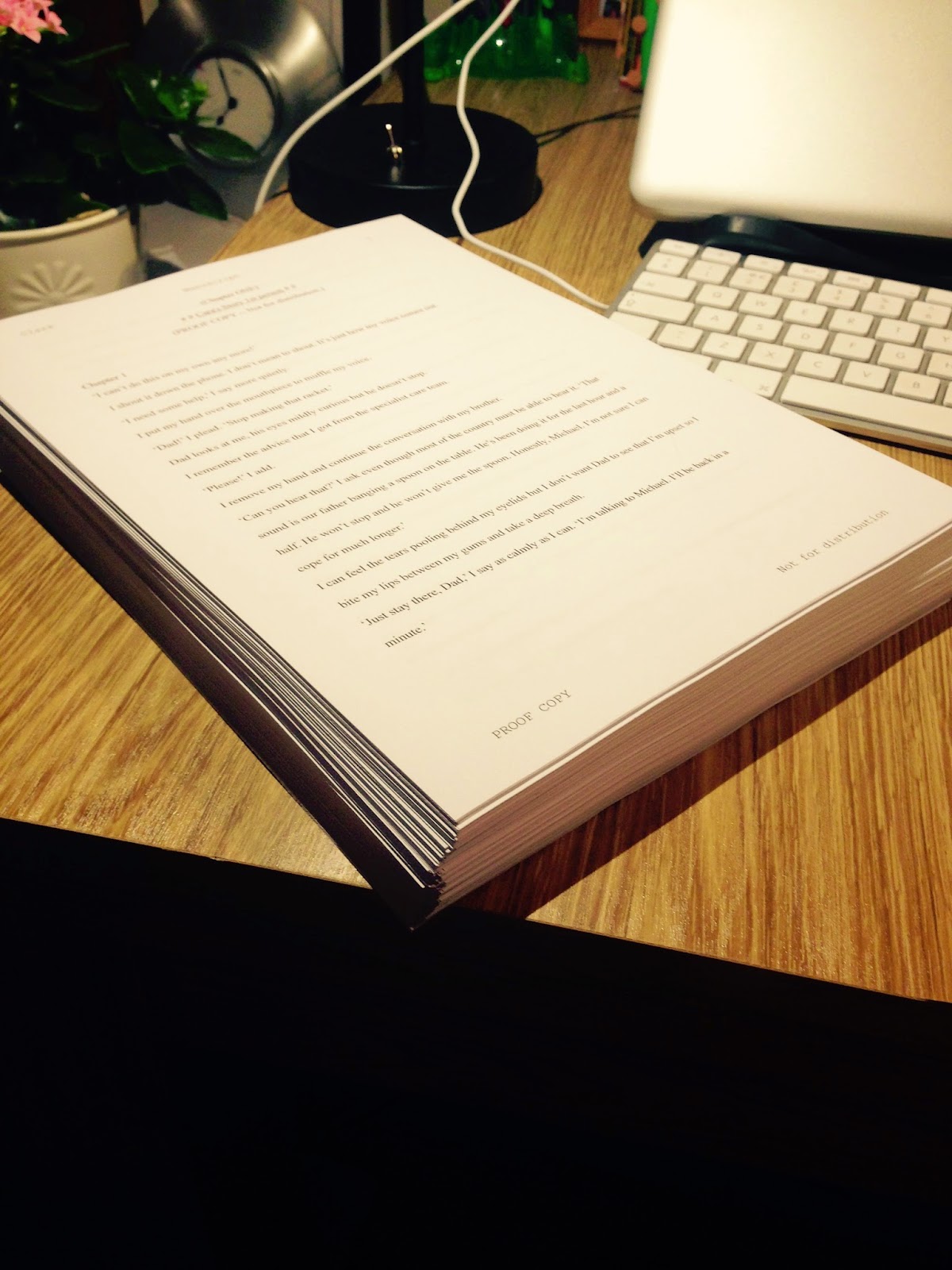