Skip to content
Previous Next
THE SCHOOL REUNION – CLASS OF ’85

In 1985, I left school with a clutch of A levels and a driving passion for the exciting, new life that I felt certain was about begin. Those of you with a penchant for numbers may have noticed that 2015 is the 30th anniversary of that great event and such anniversaries are often marked by reunions, grand or otherwise.

And so it was for me, slightly complicated by the fact that, due to flitting about as a child, I was part of the 1985 cohort at more than one school. Two schools. Two reunions. One night. Ain’t that always the way?

I chose the do for the school that I attended the longest – the now defunct Gainsborough High School. Mine was the last cohort. After us, the school became co-educational and changed its name and so there is a certain pride amongst us old girls that we were a piece of something now lost. 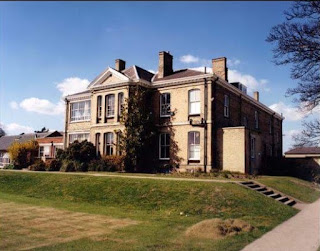 As part of our reunion, someone had kindly organised a tour of the old place, recently reopened after years of disuse as the Sixth Form centre of the mixed school. At 2.00 pm I walked up the school drive nervously. I hadn’t seen any of these women for 32 years. Would I recognise them? Would they recognise me or or would it be excruciatingly awkward, reminiscent of the start of Celebrity Big Brother? I needn’t have worried. It took all of twenty seconds to identify everyone that was there. Most of us don’t change, not really. The essence of what makes us us always shines through.

We were shown round by some very willing sixth formers who we horrified with our tales of strict discipline and sexual impropriety, still a heady mix to a 17 year old. The memory is a strange thing. Some parts of the building were as familiar as if I’d visited them every day. Others were huge black chasms. The library – now devoid of books – rang not a single bell in my nostalgic head. Eventually, I pieced it all together using a mixture of grainy, faded photographs and stories remembered by the others. Gradually my school experience fell into place like a second-hand jigsaw puzzle – the picture identifiable but with a few pieces missing.

Later, over a drink and some food, we chatted over our collective memories of life at GHS. There was a lot that we had experienced together but some things that we had kept to ourselves. We discovered that of the 14 people there, four of us had been badly bullied by the same girl. We were each shocked to learn that it had not been just us. This made me sad. We have each carried that hurt in our hearts for thirty years believing that we were alone in our suffering when we would have had the collective power to prevent it had we but spoken out.

I’m not sure about looking back as a rule. Life lies in the future and not the past. But sometimes it is good for the soul to touch base with our history, to remember what it was that formed us and made us who we are. School days, whilst they last for only a few short years, often set the pace for rest of the life’s race. I am glad that I had the chance to look back, albeit it briefly, and remember those few years spent at Gainsborough High School, a grammar school for girls, with such fondness.