Well, as the old year comes to a close and I wonder whether I may drown before the new one really gets going, my mind turns to resolutions as it does at this time each year. Sometimes I make some. Sometimes I don’t but I always take the opportunity to have a good hard look at stuff to see what might benefit from a bit of a shake up.

I’ve already paved the way for something newish for 2013. I’m going to start keeping a diary again. I have decades worth of carefully kept diaries and then, as you may recall, two years ago I decided that my life was so terminally dull that I had nothing to say worth recording and so I stopped. My life is much the same now as it was then. However, there’s far more interesting stuff going on in my brain so I have decided to resurrect the old habit. If, in years to come, anyone questions the two year gap in the sequence I shall come up with some fiendishly exciting reason as to why I was unable to put pen to paper in that period. For example, a spell on a desert island where paper was hard to come by or a temporary loss of memory meaning that I was unable to remember anything for long enough to write it down.

My other idea also has a terribly familiar ring to it. There are so many things that I want to do and never enough time in which to do them. I need to make myself some more. Obviously physicists much cleverer than I have been struggling with this problem for many a moon so I’m not sure I will be able to pull it off. What I can do however is use the time that I do have available more profitably.

I hear you scoff. Time management! That old chestnut. Pah! But actually I do waste a lot of time. I know you’re thinking about my addiction to facebook and dragons but I don’t actually consider those to be a waste of time and I shall continue to spend ( note the change of emphasis ) my time on those worthy pursuits. No. What I have discovered, by careful consideration and analysis, is that I waste time through guilt.

Let me explain. Each day I have two lists – the Things I Must Do list and the Things I Want To Do one. The Things I Must Do is generally more or less bottomed each day. List 2 is more problematic because it consists of things that one might possibly consider to be a bit of a waste of time. When you come from an environment, as I do, where every minute of your day has to be recorded and accounted for and if possible charged to an unsuspecting client, anything that might be described as a leisure pursuit struggles to find legitimacy.

My second list is basically made up of reading and writing. I write to practise because I want to write and I read to learn because I want to write. Both activities make me feel guilty. So, instead of just getting on with them, I faff about doing other unnecessary tasks. This results in the amount of time left for the Things I Want To Do list being so short that I no longer feel guilty about it.

This is the time that I need to reclaim for myself. There are hours of it every week – time that I spend on things that don’t really need doing or that I do slowly so that I don’t feel bad about spending the balance on my ‘leisure pursuits’.

THIS IS GOING TO CHANGE. If I say it in capitals it looks like I mean it doesn’t it? That’s because I do. 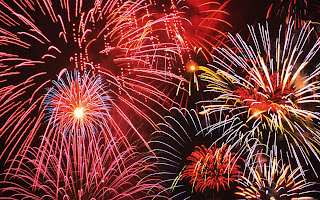 Happy New Year to you all and good luck with finding that change that will improve your life immeasurably.