Skip to content
Previous Next
The Virtues of Virtual Travel

Travel broadens the mind, they say.

What about virtual travel? Does that count?

I only ask because I’ve been having great fun hopping round the internet as Cara, the protagonist in my new story, whizzes up and down the country. Last night, for example, she went to stay with her brother in Wimbledon. I have only been to Wimbledon once about a million years ago but no matter. A quick couple of clicks and I’m looking at a sample of the houses that are there. This is the one that I picked for Michael. 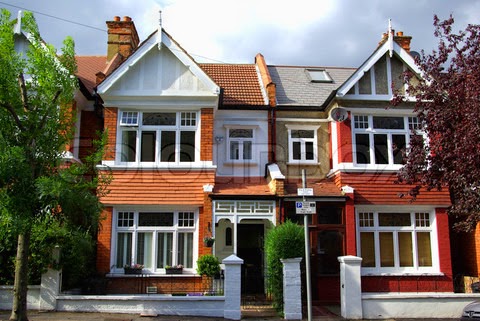 Looks nice doesn’t it? I wonder whose house it really is? For my purposes, it is the well appointed family home of Michael, his mousy but capable wife and their two daughters.

And now that I have the house in my mind’s eye, it makes it much easier to describe it, to write how Cara feels when she approaches the front door, what Michael’s wife might have growing in the garden.

Later, the siblings had to leave the house to go for a drink as Cara had news that she didn’t want overheard. The Good Pub Guide took me to The Fox and Grapes which, with the aid of a picture, I was able to refashion until it suited my purposes. I might go one day but in the meantime… 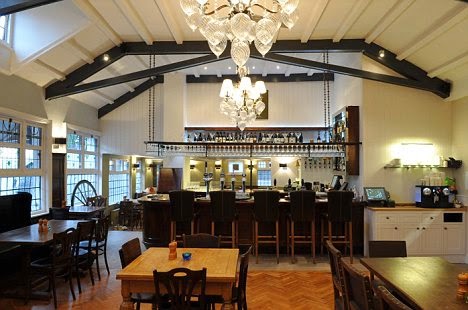 I heard a story about JK Rowling recently. Her character, Cormoran Strike, often enjoys a full English from a cafe in Smithfield Market. Being not far away, JK decided to go and sample the atmosphere for herself. She wore a dark coat and a hood and was sitting there scribbling away incognito when a man burst in and said that he’d heard that that famous writer was in there. JK’s heart stopped.
‘But I wouldn’t know her if I fell over her,’ the man said and left.

Unfortunately, I am not a real writer and so can’t go off at the drop of a hat to pick up a vibe. So that’s where the internet comes in. After writing Beyond Belief for example, I got to know Bath really quite well. I spent hours on the virtual tour of the Roman Baths as I tried to piece the geography of the building together so that I could write a climax that actually worked. Did anyone notice that I hadn’t actually been there recently? I hope not.

Later in this story, Cara goes to LA to find her aunt. And rather handily, that’s exactly where I’m going at the end of the month. I shall be taking a notebook!