Skip to content
Previous Next
Phew! What a Scorcher! Phew! What a scorcher!

Which is great for me as I’m currently editing a book which opens in the English heatwave of 1976. I wrote the first draft in the midst of a damp and misty November and I had to wrack my brains not only to remember what it feels like to give birth but also how relentless heat affects the body. When it’s cold outside it’s hard to imagine that warmed-right-through-to-your-bones feeling that prolonged time in the sun gives you. Warmed-by-the-central-heating just isn’t the same.

I was ten in 1976. I as I remember things, the weather was glorious for the entire summer holiday and that the grown-ups made a lot of fuss about it. There was a hosepipe ban, of course, and my father rigged a Heath Robinson series of pipes and syphons to get the bathwater that we had shared from the bath, out of the bathroom window and all the way down the garden to the greenhouse where his tomatoes were wilting in the extreme temperatures. It was also the summer I first remember having sunburn!

But this brief snapshot wasn’t enough to base my book upon. I needed to do more research.

I’m not a huge researcher (my books don't require much) and what I do generally consists of a quick google search and a wander through a few pertinent sites. When I was looking for information about that heatwave, I found some news reports written in 1976, and a few retrospective ones where various hotter than normal years were compared for pieces to fill the newspapers during the dry journalistic period of August.

But I needed specifics. For example, l where I lived in Cheshire, we didn’t have standpipes in the street. I knew, however, that other places did. Specifically, I needed to know what happened in Lincoln where the book is set. So, I asked people who lived there back then, and they confirmed that they remembered standpipes. This is the joy of Facebook. All you have to do is ask.

And there were ladybirds! Lots of people mentioned the ladybirds. I have no recollection of them, but I learned that in rural areas where the crops were failing there was nothing for the ladybirds to eat, and so they swarmed and started biting humans in their search for food. I'm not surprised that people remembered that. It must have been horrid.

Luckily there are no biting ladybirds in this current heatwave – or not yet at least – but you won't be surprised to read they make a cameo appearance in the new book! The book, as yet untitled, is  due to be published in Autumn/Winter 2023 so if you're interested in the final version then watch this space. 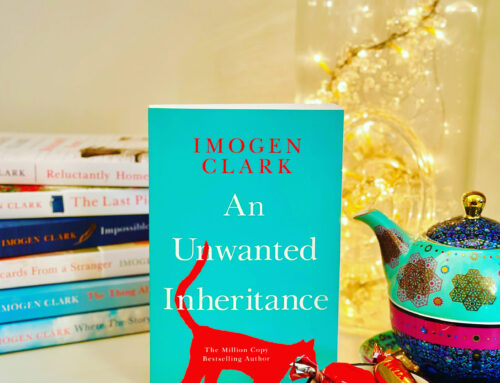 How to declutter? Gallery