So I am now a ‘published’ author! Seventy seven lovely people have bought Lucinda’s book, Mummy’s Girl so far and eleven of them have been kind enough to write me some cracking reviews which make me blush when I read them so thank you all. I’ve even had a royalties payment which will just about cover a couple of cups of coffee at my favourite cafe, Toast House.

Well, those of me who know me well will feel sure that there’s a plan loitering not that far away and they’d be right. At the moment, it feels a bit like a vapour trail splitting a perfectly blue sky. It looks striking but if you try to grasp hold of it….Anyway,  it’s a start. 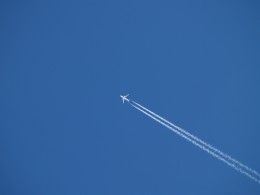 As usual, there are one or two things that I have to get out of the way before I can take off. I’m now in the sixth and final year of this perishing OU degree. I’ve loved it – I really have but I won’t be sorry when the final assignment of the final module is finally submitted next May…..and then…

1. Lucinda is currently halfway though a sequel to Mummy’s Girl due to popular demand (!) which she is hoping to publish in time to catch the beginning of the summer holidays. Next time, I’m hoping that she and I will know slightly more about the self-publishing world and so will be able to make a better stab of marketing both novels.

(This plan really needs to be a flow diagram I feel but I will just have to make do with a list instead.)

2. The effective marketing of Lucinda’s books might lead to more sales and more reviews which I can point to as proof that I’m not a deluded, vanity-self-publisher. Of course, I may be deluding myself here…..

3. In the meantime, I will get on with the real work of editing my fourth adult novel, Postcards from a Stranger, with a view to trying to get an agent in my own name and GETTING PUBLISHED!!

There! How does that sound? Feasible? Ludicrous? Don’t answer that.

Anyway, I’m really grateful for the masses of support that I’ve had for my endeavours so far. Everyone has been so lovely. Now I’ll just need to keep on typing and dreaming big.