Skip to content
Previous Next
THE CHRISTMAS NUMBER ONE

This morning I was trying to explain the history of Christmas hits to Child No. 3.
‘When I was your age…’ I begin enthusiastically.
She sets her face in that ‘trying to look bothered’ way.
‘No listen,’ I say. ‘This is really interesting. When I was your age, there was a new Christmas hit every year. It was so exciting..’
She stifles a yawn and starts looking for her school shoes.
‘Because,’ I continue, determined to get my point across, ‘There was a fight for the Number 1 spot every year. Everyone put records out. That’s where all these Christmas songs come from, you know?’

I am fighting a losing battle. She doesn’t really get the concept of Number 1 let alone that Christmas songs can be new. But then again, how could she? She was born in 2002 and has known nothing but X Factor winning songs at Christmas, most of which she’s forgotten assuming she even knew them in the first place.

So I give up and we go back to running through the pre-school checklist.

But now my interest is piqued and I go to check my facts. A list of Christmas number 1s is disappointing. Where is Wham, The Pogues? Where are John and Yoko?!

I revise my search. Christmas hits – and there they all pop up. The songs that have formed the basis of my Christmases for as long as I remember. Obviously the ones that feature strongest (given my age) are the hits of the 80s. Band Aid, Frankie Goes to Hollywood, those endless Cliff Richard dittys. It was so not cool to like them at the time but just about acceptable to be caught singing them in mid-December as long as you did it ironically.

Interestingly, some of the songs that I had assumed must have been hits did really badly. Chris Rea on his endless car journey only got to number 53 in 1988. Stay Another Day isn’t even Christmassy but somehow made it on to the compilation albums because the boys of East 17 dressed up in those ludicrous fluffy parkas and threw some fake snow about the set!

Anyway, the point I was trying to make to Child No. 3 is that all that has gone. She listens to festive tunes that are all at least 20 years old because no new ones have penetrated the public psyche. Some people have tried but they either can’t compete with Mr Cowell’s marketing machine or the public’s taste is firmly fixed on more nostalgic Christmas music.

Maybe the market is saturated? Maybe there just isn’t room on ‘The Best Christmas Album in the World Ever’ for any more festive songs? I can’t help feeling though that my 21st century children are missing out on what was one of the best bits of Christmas for me when I was their age.

A little bit of Jonny Mathis anyone….? 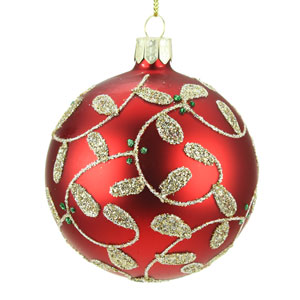